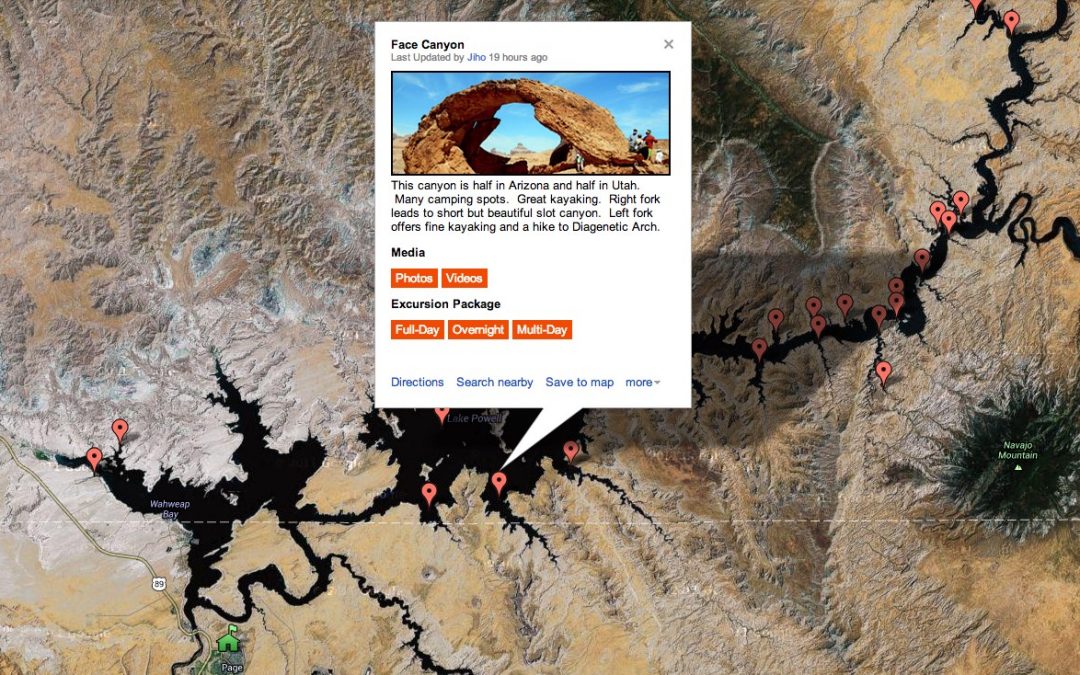 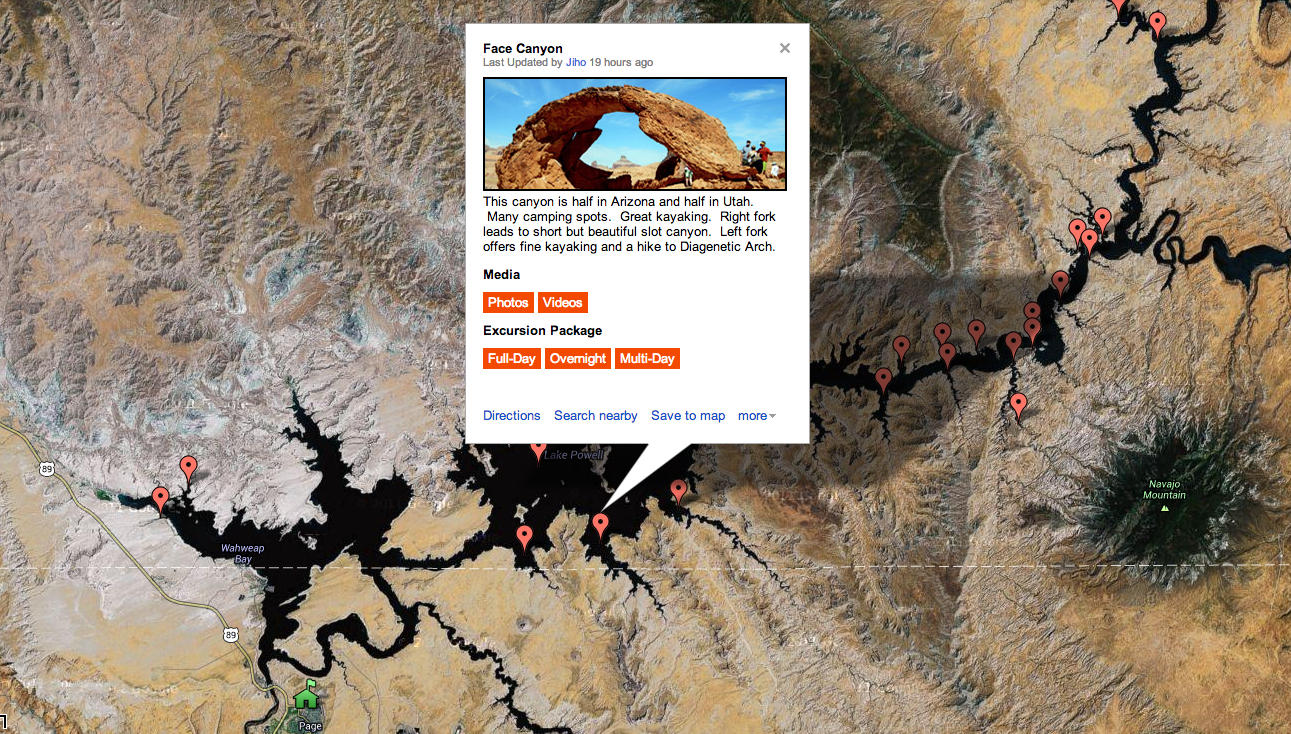 This was one massive undertaking as far as organization and data entry, but the result is priceless. Hidden Canyon Kayak had folders and folders of photographes they took in Lake Powell over the years. Originally they wanted to a list to show case various destinations on the new website. After several discussions we decided to utilize Google Map and pin all the locations.

For several month JihoNation worked with Hidden Canyon Kayak to help organize all the photographs and the content for each destination they went to. We meticulously tagged each location on Flickr, Youtube, and geotagged all the locations on Google Map. Once all the assets where in we carefully weaved everything into one cohesive interactive map.

The outcome is an interactive map of Lake Powell and its hidden gem. The photo links to Flickr via tags, Video to Youtube, and the excursion package links back to their site.

This was an exciting project since I’ve been to some of these spots (Padre Bay, Face Canyon, Cathedral Canyon, and Rainbow Bridge National Monument) and sharing the experience with others is what matters most.